The Frenchman and the Lovers 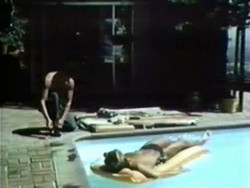 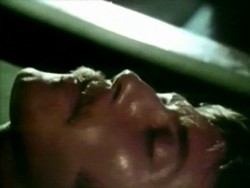 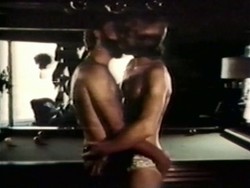 This excellent vintage gay porn film from the BIJOU Theater Library of gay sex classic films was directed by Tom DeSimone, maker of The Idol. Also issued as The Trouble Shootersin 1982 and formerly titled The Harder They Fall, this is the dramatic story of how the lives of a porno photographer and his rugged lover are disrupted when a former beau (Eric Clement) from France comes to visit the United States.
The first segment ignites as the lovers go at it. Both Dan Gentry (as Jim) and Bob Blount, the lovers, are oral enthusiasts, including hot ass suckers and 69ers. Gentry humps his lover’s hole in a romantic finale.
Bob Blount (Larry) fucks his old flame on a pool table when their reunion ignites passion, and the Frenchman sets out to break up the duo. They end 69ing cocks on top of the green felt of the pool table and Blount shows versatility by plowing the foreigner.
The photographer later shoots a hairy beefcake, Bob Damon, and a bodybuilder, Dan Pace, in a still photo session that leads to sex. Here, titplay, finger sucking, ball sucking, and 69ing leads to a missionary fuck session. Bob later hires one of his models, Guy DeSilva, to seduce the Frenchman in order to keep his relationship from breaking up and to relieve his lover’s discontent.
By a swimming pool, Bob photos the whole action: oral action on an air mattress to butt-humping poolside. Jim gets even with his lover and the foreigner in a final scene, the hottest in the video. Macho men in a "skin flick mystery with muscle," said Weekly Entertainment Magazine of this film.
At the unhappy ending of this realistic drama, the audiences’ sympathies are divided tauntingly between the lovers and the foreign intruder. As usual, director DeSimone provides good acting without skimping on the sex. The cast is well-built and breath-takingly good-looking. The trio of stars are adept both sexually and dramatically.
Shot originally on film, the production as seen in the current video has lost some of its vibrant color in the transfer to tape, but the explicit action, the honest acting, and the intelligent script remain ideal models for a story film. 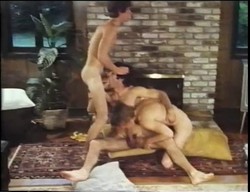 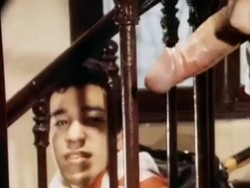