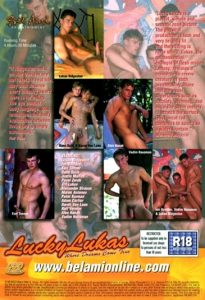 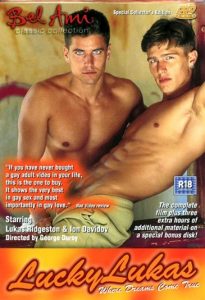 Lucky Lukas is a specially priced 2-dvd set – the first dvd containing the movie as originally released on VHS cassette. The second disk is just under three hours long long and contains all the unedited footage Bel Ami shot (using 3 cameras) from the final scene with Lukas Ridgeston and Ion Davidov. Lukas buys a used British car and wants Ion Davidov to accompany him on a test drive. Going to where Ion usually hangs out, he finds him with Jiri Lubov and Alexander Strauss exchanging expert blowjobs. When Ion emerges he rides off with Lukas and almost immediately they have a near-collision with Pavol Zurek and Ales Hanak who argue with Lukas and Ion over whose fault it was, then drive off.
Lukas and Ion then come across the two very muscular guys sucking each other. While Pavol fucks the living daylights out of Ales, Lukas and Ion play a dirty trick on the insatiable guys’ auto.
Later, Lukas and Ion see college-boy Vadim Hausman hitchhiking. Grateful for the lift, Vadim arrives at his destination and enthusiastically lets Lukas and Ion fuck him in turn. Resuming their cruising, Lukas and Ion stumble upon Dano Sulik and seven friends in an old truck-garage, split into four pairs, having sex with wild abandon.
At last Lukas and Ion go back home. Unimaginably turned on by all the sex they have witnessed, the two engage in foreplay, then make a bet as to who will fuck whom. Lucky Lukas wins and he and Ion finally realize everyone’s fantasies as they pleasure each other fully, completely and deeply. Ion and Lukas flip-flop in the scene, and whether on the bottom or the top, Ion is always in control, always dictating the action in what has to be one of the hottest scenes in the history of gay porn. 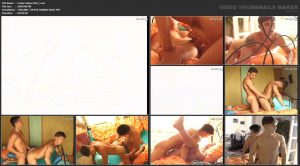 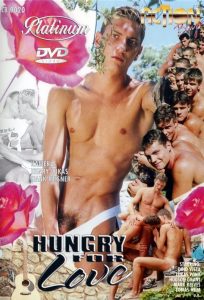 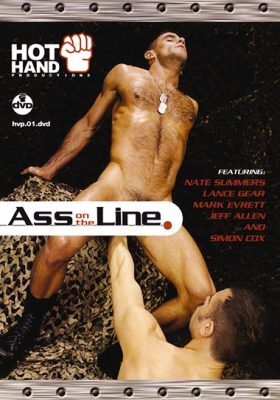 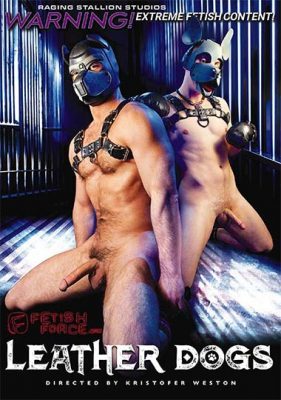 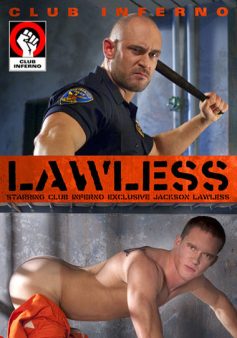