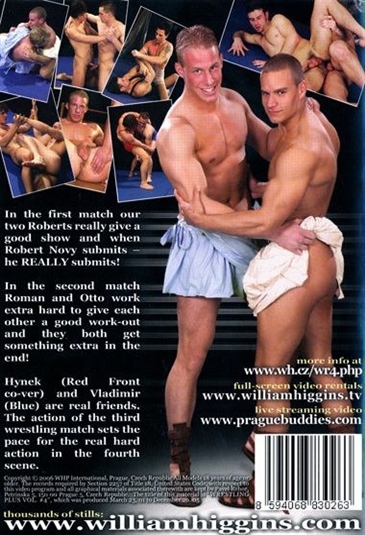 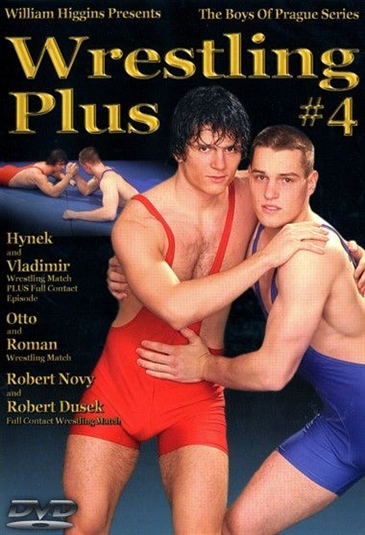 Wrestling Plus 4 is a new production from William Higgins, that veteran producer of Czech bonking-boys dvds. Three wrestling bouts adorn the screen: in the first, the two Roberts grunt and grapple together, putting on quite a show. When Robert Novy submits, he really submits! Next up, Otto and Roman strive very hard, and give each other a good workout in the process. They both get their reward in the end (end being the operative word!) Then the two cover boys get to grips. Hynek, in the red outfit, and Vladimir (blue), are close friends in real life. What they get up to in the ring sets up the hot action in the final mystery scene! 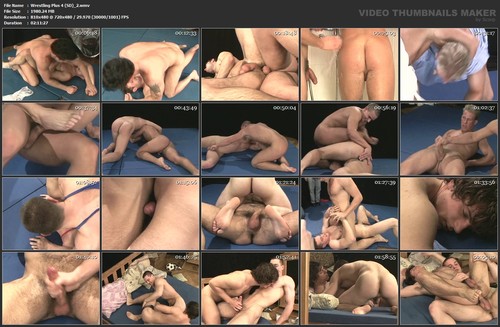 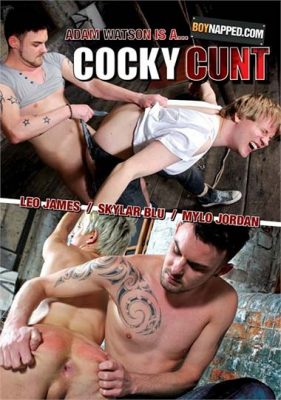 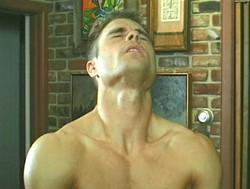 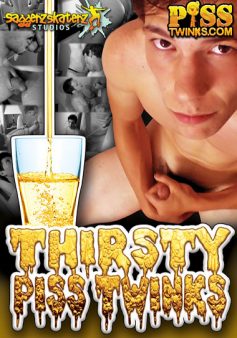