Reds Under the Bed- EXTRA TIME! For all the Redhead lovers out there! We’ve put together some of our hottest flame haired lads from the last few years for you. There was some geezer back in the day that stuck his hand in the burning bush and we think he certainly had the right idea. There are loads of red hot red bush in this horny film — fit ginger muscle boy Darren gets gang banged in his cell — Red head Daddy Phil bangs his workmate in the back of his old tranny — and we’ve got the red head gang of Joey, Dean and Jay blowing their loads all over the shop as well as a host of other handsome reds. So if Ginger lads float your boat this is the film for you! More Freckles and carrot-topped blokes than you can shake a stick at — get a load of Triga Films new Reds Under The Bed. This film is a compilation but does include 1 never before released scene. Running time just under 3 hours! 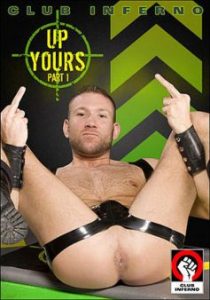