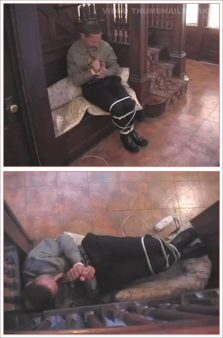 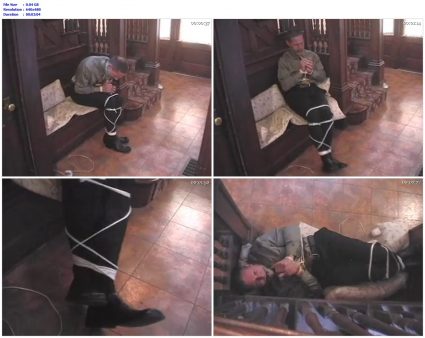 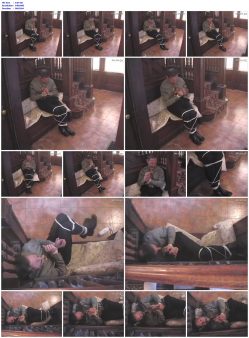 Media info:
Tied Tight by JMZ.mp4
File Size : 0.04 GB
Resolution : 640×480
Duration : 00:03:04
I sat in my truck, using binoculars to get a good view through the bay window into the house across the street.: I could see my customer pacing, from one end of the living room to the other. He’d be doing this ever since I had pulled up 15 minutes ago.: Even from here I could tell that he was as nervous as hell – he had probably worn a path into the rather fine Persian carpet.: That would be a pity; it was very nice, and quite valuable but, unfortunately, not easily portable.: However, on my tour of the house when we were setting up this deal, I had noticed all kinds of nice pieces that could be easily packed up and removed. It was a good thing that the client knew the value of what he owned, and had insured accordingly.: Otherwise the deal wouldn’t be worth the bother.: I decided it was time to put an end to his misery and to get things rolling. : I barely had time to remove my finger from the doorbell when the door was pulled open. : “Come in, come in, before someone see you.” : The poor guy was really agitated. I could see the sweat beading on his brow, and his eyes were darting wildly, trying to see if anyone on the street had noticed Inwardly, I sighed. I had explained the whole thing to him a couple of times, in detail, but he was too nervous to remember the details. : “Mr. Rickman, we’ve already discussed this. People are supposed to remember the truck – it is going to make the story a lot more convincing to the insurance company if there are eyewitnesses to the fact that I was here. Plus the fact that you’ll be found and gagged in your own home will add veracity to the story. I saw at least two people watching me as I brought the dolly with the cartons to the front door.: All that you will have to tell the police is that you answered the door, were immediately overpowered and bound and gagged.” :: This was a scam that I had pulled a number of times.: People had money problems. They also had valuable possessions, which were insured to the hilt. If they sold these things they would receive only a fraction of the value. However, if jewels and objets d’art were stolen – the insurance companies coughed up the cash.: I hired myself to rob these people and kept their goods for a while. Once they had been paid, I returned their goodies to them for a cut of the insurance payment.: My business had been flourishing over the last few months – so many rich people were finding themselves a lot poorer. Like this poor guy – he was desperate to keep the family business afloat. 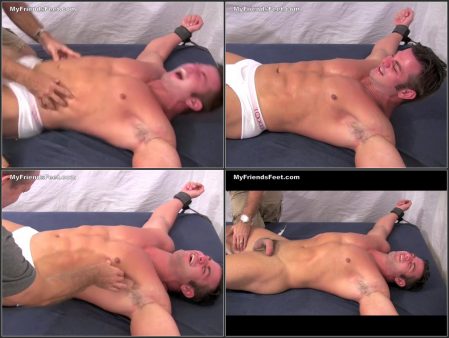 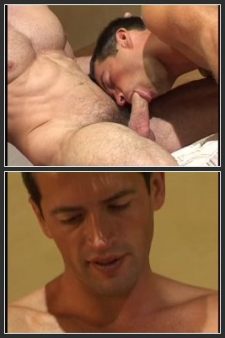 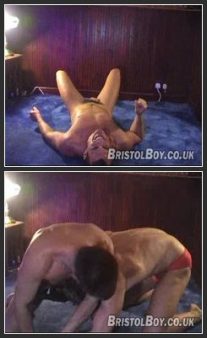