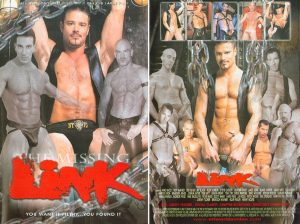 We all know the conventional wisdom about sequels, especially later ones: their storylines are stale and hackneyed (a cloned Ripley in Alien: Resurrection); their casting is disastrous (Michael Caine in Jaws IV or Sofia Coppola in Godfather III); and they degenerate into crass commercialism (those damned teddy bears in Return of the Jedi).
So who said Chi Chi LaRue was ever conventional? Throw out the rulebook and pile up the superlatives! In The Missing Link, Chi Chi goes to the well for the fourth time and comes up with buckets of cum, sweat, spit and piss. This is harrowingly hard-core and utterly uninhibited gay male sex-sleaze at its basest and best.
Stale storylines?
Try 3 hours of wall-to-wall, stem-to-stern sex that never gets routine or repetitive. Nine relentless sex scenes, each with a different focus: gangbangs, orgies, uniforms, inter-racials, watersports, penis pumps, and every kind of ass play you can think of – plus some you would never dream of. They’re tied together by introductions by Blake Harper, who describes his secret fantasies. The sets alternate between a derelict ship that reeks of testosterone and a deserted warehouse that echoes of sweaty muscle-bound workmen.
Casting disasters?
Try the biggest, nastiest and sexiest cast ever to cum together – 36 stallions, including big-name stars and a whole stable of newcomers. Almost every type of man is here, from bald-pated uber-daddies to blond-headed pretty-boys, but the emphasis is on rugged, hairy, muscled, masculine men. The entire cast is garbed in uniforms or black leather gear, many sport genital jewelry and tattoos, and all maintain massive erections. Most of all, they clearly are having the time of their lives – shameless and unashamed.
Crass commercialism?
Try a video that revels in unrepentant depravity – it is not for the faint of heart. The piss flows freely, but that’s nothing compared to what gets rammed up rectums. All this nastiness is only intensified by the video’s stylishness. The production standards are at their highest, with brilliant camerawork, editing and lighting, and a throbbing soundtrack by the legendary sleaze-star J.D. Slater. 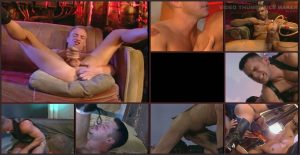 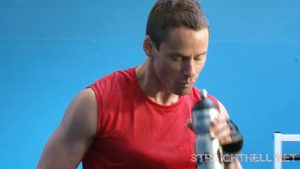 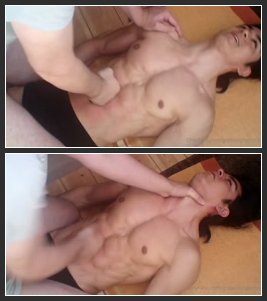